The discrete charme of the economic crisis. Interview to Jan Toporowski (part one) This interview to Jan Toporowski is part of a cycle of interviews to heterodox scholars named The Discreet Charm of the economic crisis. This is the first interview that we publish in Italian and English, while the former 4 interviews to Joseph Halevi, Giorgio Gattei, Luciano Vasapollo and Marco Veronese Passarella are available only in Italian.

The interviews are edited by the group “Noi Restiamo” based in Bologna and Turin, Italy.

“Noi Restiamo” is a national campaign started in Bologna at the end of the year 2013. The group is composed by students and workers. For further information visit: http://noirestiamo.noblogs.org/ (italian only).

Oriental and African Studies, University of London. He has worked in fund management, international banking, central banking and financial and economic consultancy.

Noi Restiamo: the rise of the crisis confirmed the vision of some heterodox scholars according to which capitalism tends by itself to enter in crisis. However, the opinions over the causes of the current disaster diverge. A quite common position, endorsed for instance by the “Monthly review” authors, is the one that explains the crisis according to the following mechanism: the neoliberal counter-revolution led to a diminishing of the wages, hence to sustain the private demand it has been necessary an enormous expansion of the credit, and finally the blow of the bubble in 2007 interrupted this process. Other thinkers, such as the American Marxist Andrew Kliman, state that the causes of the crisis cannot be found in the income distribution, and think that the depression can be explained through the dynamic of the rate of profit. This latter vision is all based on production. What do you think about this matter?

There are essentially a number of different theories of the crisis put forward by the more critical of heterodox economists. There are the Keynesians who believe that it is caused by government, due to the contraction of fiscal policy. The particular phenomenon that arose with the banking crisis is that governments were obliged to refinance a number of banks, so it gave rise to government indebtedness without actually any expenditure in the economy. Thus, if you look at the primary deficits or surpluses, in the economy there is this fact, that government indebtedness suddenly gave rise to a very restrictive kind of fiscal policy. This I think to some extent is true, but I think that the general theories greatly underestimate the debt problems in the economy and in particular the debt problems of governments especially apparent here in Europe.

The second theory is the one of some Marxists, who associate the crisis with the declining rate of profit and certainly a number of Marxists and post-Keynesian have argued that this is linked to financialization. Since today more and more income is paid out as interest on financial securities, they see this as being fundamentally wrong and squeezing economic activity. This is what I call the usury approach to crisis. According to this approach, the crisis is caused because of the extraction of too much money from real circulation and into the financial market. It is a very crude theory of money . Essentially, it takes the phenomenon of mercantile capitalism and says that this is the problem today. There are conceptual problems in terms of the way in which it conceives of money and credit and I do not really think they understand what is happening in financial markets. So that is a second view.

There is, I guess, an Austrian view, according to which the crisis being caused by overinvestment. This may have happened possibly in China, but certainly not in America and certainly not in Europe in recent years.

My own view is a very specific view of how the crisis came about. The crisis came about because a number of very large corporations had since 2000, expanded greatly through mergers and takeovers, which were largely financed by short-term debt. And in 2008 their plan was that they would refinance this short-term debt into the equity market. Into 2008 these large corporations found themselves unable and needing to refinance this debt, yet they couldn’t refinance it in short-term debt market, because that had frozen up, and they couldn’t issue new equity, because the capital market was congested, it had itself fallen, and everyone knew that the banks were going to be large issuers of new capital stocks.

So, these corporations responded to their financial difficulties by reducing investment. So I see the key factor in the crisis not as the collapse of Lehmann Brothers, but it as the decline in investment that took place in 2008: these corporations cut the investment projects by a half or two thirds in many cases, and this is what we are paying for at present. with the great decline in economic activity and the rise of unemployment.

Broadly speaking, for some people the EU is a neutral structure, which has even some potential of being more democratic that the national state. For other, the EU is a class institution and an instrument of enforcement of conservative policies. Which is, if there is one, the class role played by the EU?

JT: First of all, the crisis between U.S.A. and EU is very different, and for a very simple reason.

The Americans have a very liquid market for government securities and they had no problems with expanding their fiscal deficits and giving fiscal stimulus which stabilized the situation.

It hasn’t brought the US out of the crisis, in the sense of giving a strong recovery, the recovery is only weak, but they certainly had a better performance than Europe.

In Europe the problem is the fear of debt, exemplified by the Maastricht Treaty, and the fear of debt means that the financial operations which are necessary in modern capitalism are much more difficult in Europe than they are in the United States.

This is why the attempt to overcome the crisis through fiscal policy has been considerably weaker than in the US.

About the class role of European Union. The EU was set up as an institution of economic governance on a kind of tripartite basis, in which employers has been consulted and workers’ representatives have been consulted. All of this has really been overcome by the very strong deflationary impulse created in Germany and imposed throughout lowering wages. This is very dangerous in a credit economy because if you start cutting wages you are not only reducing the domestic demand but you are also increasing the real value of debt.

I think that has given rise to a dangerous trend to try to overcome the crisis based on the presumption that lower wages would create a greater demand for labor. This is a fallacy.

At the same time, I am not impressed by the theory of wage-led growth vs profit-led growth which is being advanced by some Post-Keynesians. This is essentially an underconsumptionist argument, it goes back to the ideas of the old Ricardian Socialists, for whom the reason why there was unemployment or deficient aggregate demand is because the workers do not get the full value of their labor.

It is true that workers do not get the full value of their labor, but that [the demand from workers, ed] is not the total of aggregate demand, because what this theory ignores is what is happening with investment, and the key problem now in Europe is investment.

So this leads me onto [this question]: how will the crisis be overcome? The natural capitalist way would be for investments to recover. This could quite easily be done, because there are data that show that large corporation are now, after having experienced this serious crisis from 2008 to 2010, sitting on a very large hoard of liquid assets and if they start spending those liquid assets, that would improve the situation.

About the second part of the question, whether the European Union is socially neutral: I don’t believe that Europe is socially neutral, I think that the ideas that formed Europe and formed its economic policy are largely the ideas of capitalists who do not really understand how the modern capitalist economy works. And they don’t understand the need for the European Union to have a much stronger central economic policy coordinating role. Why is this serious? Because I don’t believe you can have Keynesianism in one country: if you have Keynesianism in one country that country ends up in trade difficulties. Surpluses, trade surpluses would be reduced and this is always used as an excuse by big business to argue that the situation is unsound and you need to get rid of that kind of Keynesian policy. However Keynesianism policies could work to some extent, if they were coordinated between trading countries. So the European union could do some of this, the European Union could undertake large scale investment projects, It could subsidize consumption, worker consumption in particular, because the European Union to some extent stands above big business. It is bigger than any national enterprise. And this is why I think that European Union has an ambiguous role in all of this and needs to sort out in the first place its attitude to its finance, and its attitude to its government debt in particular. 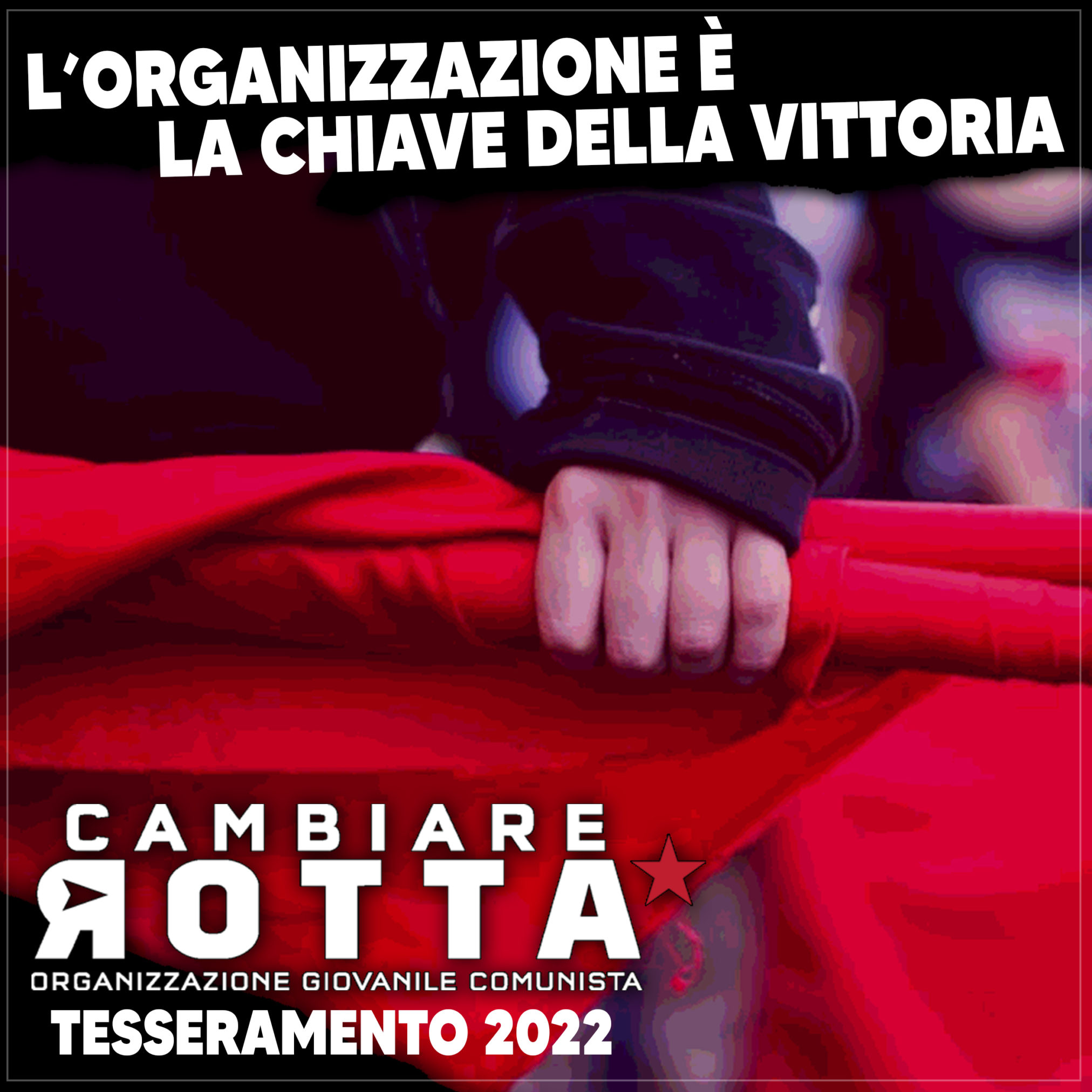