The discreet charm of the economic crisis. Interview to Simon Mohun This interview to Simon Mohun is part of a cycle of interviews to heterodox scholars named The Discreet Charm of the economic crisis. This is the second interview that we publish in Italian and English after the one to Jan Toporowski, while the former 5 interviews to Joseph Halevi, Giorgio Gattei, Luciano Vasapollo , Marco Veronese Passarella and Riccardo Bellofiore & Giovanna Vertova are available only in Italian. The interviews are edited by the group “Noi Restiamo” based in Bologna and Turin, Italy. “Noi Restiamo” is a national campaign started in Bologna at the end of the year 2013. The group is composed by students and workers. For further information visit: http://noirestiamo.noblogs.org/ (italian only).

Mohun is Emeritus Professor of Political Economy at the Queen Mary University of London. He works within the classical surplus-based tradition in economics that culminated in the writings of Karl Marx and acknowledges the influence of scholars such as Duncan Foley, Dumenil and Lèvy.
Mohun focused his research on the theoretically informed measurement, description and explanation of trends in aggregate profitability in developed capitalist economies since the 1960s.

He published on several academic journals, such as the Cambridge Journal of Economics and Metroeconomica. He edited the book “Debates in value theory” (1994, Macmillan).

Noi Restiamo: the rise of the crisis confirmed the vision of some heterodox scholars according to which capitalism tends by itself to enter in crisis. However, the opinions over the causes of the current disaster diverge. A quite common position, endorsed for instance by the “Monthly review” authors, is the one that explains the crisis according to the following mechanism: the neoliberal counter-revolution led to a dimishing of the wages, hence to substain the private demand it has been necessary an enormous expansion of the credit, and finally the blow of the bubble in 2007 interrupted this process. Other thinkers, such as the american marxist Andrew Kliman, state that the causes of the crisis cannot be found in the income distribution, and think that the depression can be explained through the dynamic of the rate of profit. This latter vision is all based on production. What do you think about this matter?

Simon Mohun: I think the Marxist theory of crisis requires considerable development. First, it is just not possible theoretically to show that the rate of profit must inevitably fall. The theoretical result that it does so fall requires a considerable number of assumptions. In particular it rests on a particular account of technical progress, which is means-of-production-using-and-labour-saving. Such an account of technical progress is indeed typical of capitalism’s development, but not always and everywhere. There have been periods (eg the 1980s) in which technical progress has been different. In more Marxist terms, the answer to the question of ‘does the technical composition of capital rise?’ is ‘generally, yes, but not always’. Similarly, the rise in the organic composition does not necessarily translate into a rise in the value composition, for relative price movements can be very important. And lastly, there is no basis for presuming that the rate of surplus-value cannot rise as fast or faster than the composition of capital.

Secondly, there are considerable difficulties in identifying what ‘the’ rate of profit is. This is partly to do with the measurement of fixed capital (historical or replacement cost? Including or excluding depreciation? Including or excluding inventories?) It is also partly to do with sectoral coverage (corporate sector? Nonfinancial corporate sector? What about partnerships and proprietors’ income? Why not the whole economy?) Thirdly, it is not clear what to do, if anything, about issues raised by productive and unproductive labour. Fourthly, it is not obvious how a fall in the average profit rate translates into a fall in investment. The rate of profit might fall from 10% in time t-1 to 5% in time t say, but why would any capitalist not invest and forgo 5% profit?

All of these difficulties are well-known and have often been rehearsed. It is right to focus on the rate of profit, because this throws attention on the relations between real wage rate growth and productivity growth, between productivity growth and growth of ‘capital intensity’, and on ratios of price indices. But it is wrong to presume that there are inevitable tendencies of direction in any of these. Since 1918, there have been two spectacular crises, one beginning in 1929 and the other in 2007. These both occurred after cyclical rises in the rate of profit, followed by only small falls. This raises two further issues. The first issue is that the rate of profit does not seem relevant in explaining these crises, which were essentially massive financial crises. This suggests to me that considerably more work is required to understand finance and the operation of the financial system from a Marxist perspective.

The second issue is that both these crises occurred following very substantial shifts in income distribution away from labour and towards capitalists. It is therefore essential to understand how inequality growth can be integrated into a coherent account of crisis. A focus on the rate of profit cannot really do this, and the merit of accounts like that of the Monthly Review school is that they at least recognise that this is an issue.

NR: If one analyzes the trend of the global economy, one could note that the trend of the global economy, even if weakly, seems to be upswinging, while most of the European economies limp. Thus, it does make sense to think that there are peculiar elements of the European Union and of the Eurozone in particular that contributed to exacerbate the crisis. Which are these elements and which role did they play? Broadly speaking, for some people the EU is a neutral structure, which has even some potential of being more democratic that the national state. For other, the EU is a class institution and an instrument of enforcement of conservative policies. Which is, if there is one, the class role played by the EU?

SM: Global trends upwards seem very weak to me. The neoliberal response to the crisis has been, through austerity, to try to restructure the relations between the state and the working class, particularly around employment and welfare. In the absence of any opposition, this is likely to continue. The EU is a class institution in which the relations between the various national exploiting classes are not well-integrated. This shows itself as a monetary union with insufficiently powerful common monetary institutions, which in turn cannot work without a degree of supra-national fiscal union which appears impossible at present. This is not unrelated to the huge democratic deficit afflicting the EU. So in my view there are serious contradictions embedded within the structure of the EU.

However there is a further issue, which is that Germany is playing a leading role in a manner which seems quite counter-productive to the long run interests of German capital. Policies which force Greece and Spain out of the euro do not look sensible policies for German capital, and it is hard to see how this can play out without a major crisis. This does not sit well with a functionalist approach to history and politics (what happens is always something which is in the interests of capital), and is a reminder of the forces of contingency in day-to-day events.

NR: in the Western World neoclassical economics has been completely dominant in the last 30 years. Also the visions over the crisis and the economic policy share a common ideological origin. Hence, how should an heterodox theorist position him/her self today? That is, does it make sense a “war of position” inside the academy, does it make sense to partecipate to the process of crisis management? Is it meaningful to partecipate to the institutional debate on what it should be done, or is it better to work in other places or spaces? This reduces to one question: is capitalism reformable and thus do we have to partecipate to its management, hopefully in an egalitarian direction, or not?

SM: We are politically handicapped because we do not have a good account (whether theoretical or historical) of how a socialist society might be meaningfully planned and organised, and it is not good enough to argue that structures will energe out of the struggle to create that society. This therefore requires attention. Further, if the heterodox approach is to survive, it must minimally show that it has a progressive research agenda, in particular with respect to class, finance, and inequality. At the same time it should contribute materials out of this research to the progressive movement.

But neoliberalism has greatly weakened the core institutional structures of the labour movement particularly trade unions), so that we cannot be utopian about immediate possibilities. There is nothing intrinsically wrong with a politics that seeks reform through some sort of social democratic control over finance and inequality, provided it is combined with a recognition that social democracy is not the ultimate goal.

NR: from your point of view, where do you see the movements and/or the most interestingcontradictions in capitalism, whit a potential of breakage?

SM: Political responses in Greece and Spain are at present hopeful signs in practical politics. Otherwise, the most interesting issues for me are the ways in which neoliberalism is tied to both finance and inequality growth, and hence has considerable difficulties in regulating both of these. The disfunctional continuation of present trends looks set to create considerable difficulties for neoliberalism in the future, and hence opportunities for significant change. But the latter also depends upon a much stronger oppositional progressive movement than is at present the case. 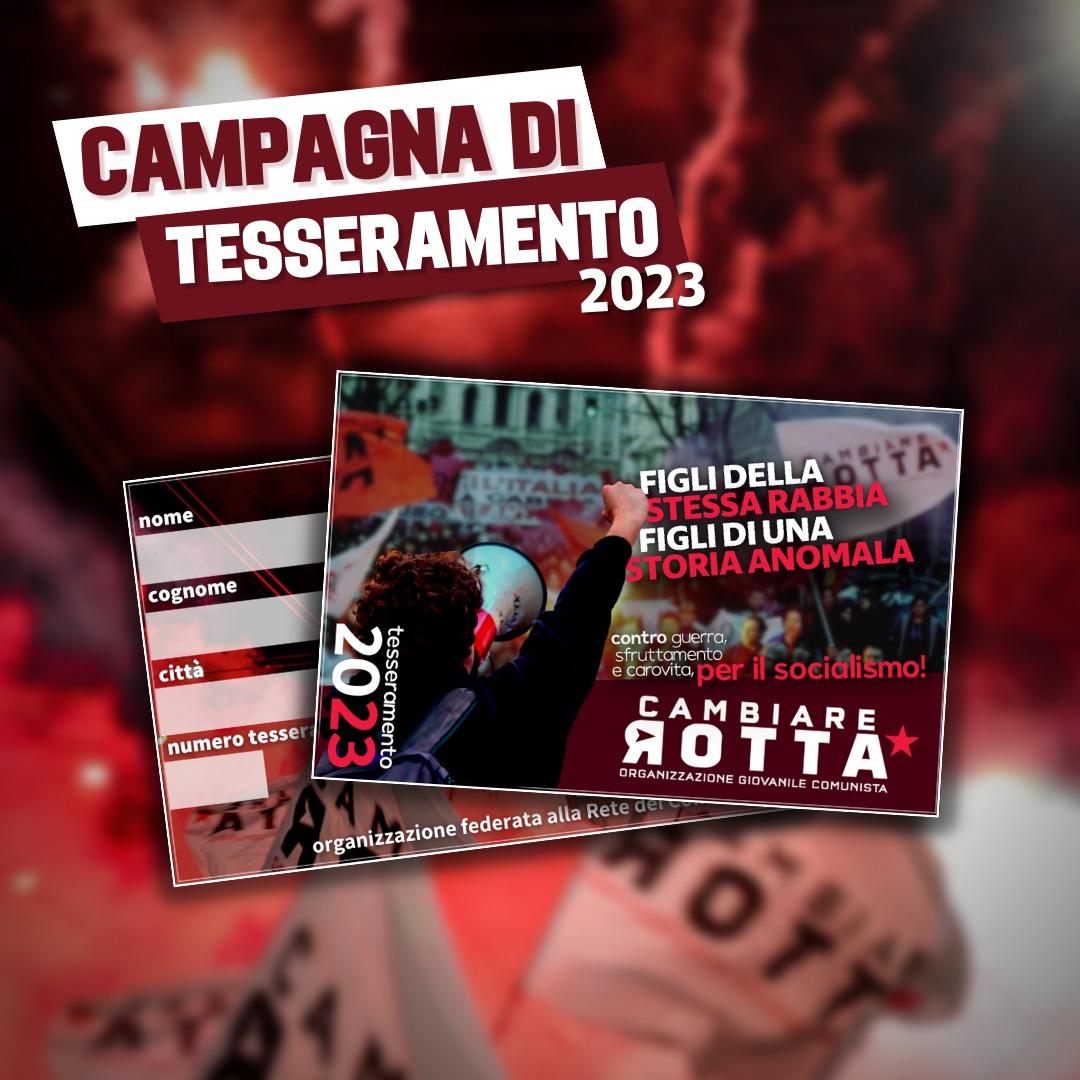